Gdansk, Gdynia and Sopot and some of the key businesses based in the area were recognised for their continued dynamic development at the 4th Annual CEE Shared Services and Outsourcing Awards Gala in Warsaw recently. 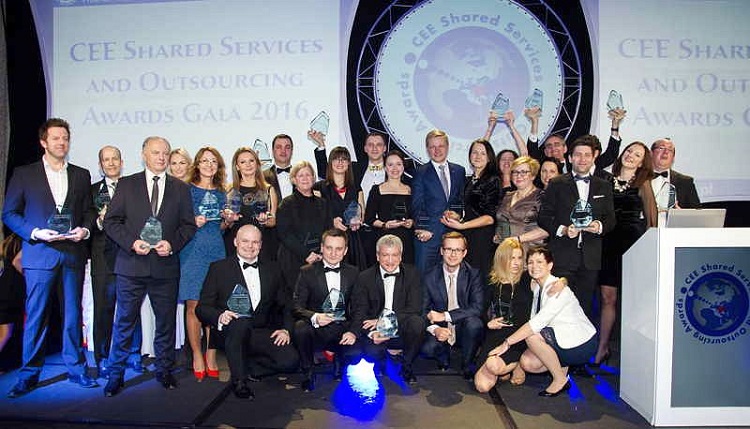 The three cities together picked up the award for the ‘Most Dynamically Developing City’ thanks to the announcement of 12 major projects in the last 15 months. During that time, nine companies, offering 500 jobs invested in the area and there are expected to be nearly two thousand additional places over the coming five years.

The organisers also recognised the cities’ development strategy in the area of Shared Service Centres (SSC) and Business Process Outsourcing (BPO). ‘Instead of focusing on becoming a leader in one or two process groups, (Gdansk, Gdynia and Sopot) is aiming at widening the scope of supported processes in order to retain flexibility and not overheat any group of talent pool’ the organisers noted.

State Street Bank Poland, who brought their operation to Gdansk during 2015 picked up the award for ‘Shared Services Firm of the Year’ while the Olivia Business Centre (OBC) picked up the award for the ‘Best New Office Development for the SSC/BPO Sectors’ for Olivia 6, making it a fruitful night for members and companies of the Gdansk-Gdynia-Sopot Metropolitan Area.

A discussion on these successes formed part of the programme ‘People and Money’ broadcast on Radio Gdansk and hosted by Iwona Wysocka. The panel included Bogdan Donke, vice-preseident of the Gdansk branch of the Polish Chamber of Tourism and the Pomeranian Regional Tourist Organisation (PROT); Piotr Ciechowicz vice president of the Pomerania Development Agency and Marek Theus, president of MerCo.

Mr. Ciechowicz commented on how proud he was that the area had received this recognition particularly in that it had won the thousands of jobs involved in competition with other reputable cities in the sector. ’This is the result of many years of hard work by the whole of Pomerania. Nothing would happen if it were not for the entrepreneurs such as in financial services and IT. The Olivia Six office complex was also awarded in this competition. This is because, above all, we have people here who want to live in this place.

According to Marek Theus justification for this award is confirmed every day. The MerCo president stressed that the business development of the region is highly visible. ’A few years ago, driving across Poland, you could say that it was quiet (here) and that in principle it was provincial. Business issues were primarily concentrated in Poznań, Wrocław, Kraków and Warsaw.’ Mr Theus said that this was no longer the case and said that development was having a positive effect locally. ‘This translates into the number of clients, there are a lot of people with higher education here now earning more money.’

The area is increasingly being visited by tourists, both Polish and foreign, who are willing to take jobs in the area because of its attractiveness as a place to live. Bogdank Donke of PROT said that there were reasons for this aside from salary and prospects and that the area should ensure development takes place while maintaining the area’s natural beauty. ’We have a very attractive place and there is a lot is happening in culture and sport. I keep watching the development of other businesses, especially in the field of IT. I would not want there an industry to appear here that would spoil natural beauty of the area’ he explained.

This piece was based, in part, on an article on the website of Radio Gdansk.