Many years of work and planning came to fruition over the past weekend when the magnificent European Solidarity Centre or ECS opened its doors to the public for the first time. The opening coincided with the 34th anniversary of the signing of the August Accords in the Gdansk Shipyards in 1980.

The 5-storey building is designed to give the impression of walls cracking and falling apart and the rust-coloured sheet metal resembles the rusting hull of one of the many ships built here over the years. The building is part of a revitalisation of the shipyard area which became famous across the globe in the summer of 1980 when workers shut themselves inside to protest against the Communist regime in a strike sparked by the unjust sacking of crane operator Anna Walentynowicz. Thirty-four years on much of the surrounding shipyard may be closed but the effects of the strikes, which resulted in the first peaceful victory over the authorities in the Communist Bloc, are still being felt. It is symbolic that on the weekend of the anniversary and the opening of the ECS, the Gdansk born Prime Minister Donald Tusk, a former student activist in the Solidarity movement, should be selected as the new President of the European Council in a now united Europe.

The Solidarity movement, which within weeks of the August 1980 strikes had over ten million members, was one of the great civil rights movements of the 20th century. The word Solidarity became famous around the world and the faces of its leaders, particularly electrician Lech Walesa, became widely known. The Solidarity movement became synonymous with the city of Gdansk  and the centre marks its rise with a truly impressive permanent display which stretches over a number of floors including exhibits such as Anna Walentynowicz’s crane cabin and the electric truck from which Lech Walesa addressed the huge crowds during the strike. The exhibition combines traditional display methods with state-of-the-art technology and interactive displays to give visitors access to authentic artefacts, 3D projections, photographs, film and declassified security service documents. 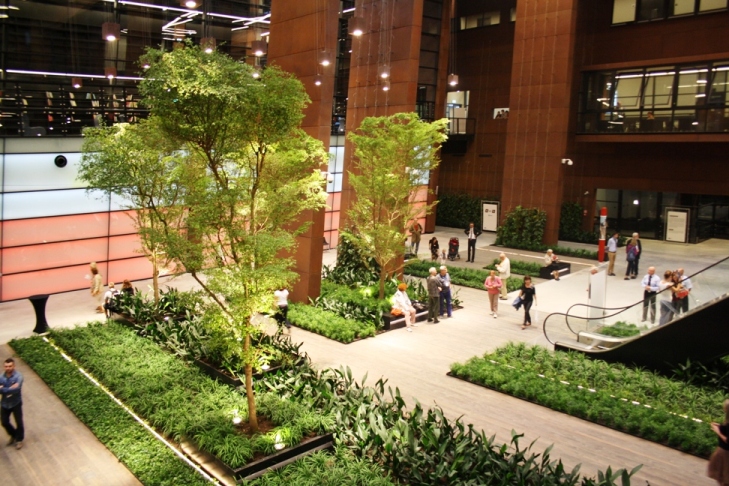 But it is not just the movement that the centre’s organisers want to pay tribute to. The aims are not just to honour Solidarity, the movement, but solidarity, the ideal which was most perfectly demonstrated in Poland in the 1980s as people from different backgrounds came together to combine their opposition to a system from which they all suffered. By doing so they proved the saying that ‘united we stand, divided we fall’ and showed the world that change can be brought by communication rather than conflict.

So while one of the major reasons to visit is the permanent exhibition to Solidarity, the building also features a library, reading rooms and extensive archives. There are conference rooms and open spaces such as the winter garden on the ground floor designed to make meeting and talking easy and the centre will host series of debates and concerts organised by both the ECS and outside groups who share the centre’s aims. The entire building is at the disposition of those who want to use it and aside from the permanent exhibition the entire building is free to enter and move around.

There is a viewing terrace from where you can look out over the former shipyards and a series of cafes, bars and restaurants where you can meet friends and relax. The organisers hope that the building will become a meeting place for people from all over the world to come to talk and honour the achievement of Solidarity.

You can watch a short film on youtube which shows the making of the ECS interspersed with clips of the strikes and clashes with authorities in Gdansk.