The end of October saw the completion of the latest stage of expansion at Gdansk’s Deepwater Container Terminal (DCT). The expansion, which doubles the handling capacity of the terminal, is even more remarkable when you consider that just ten years ago all that stood here were empty beaches. 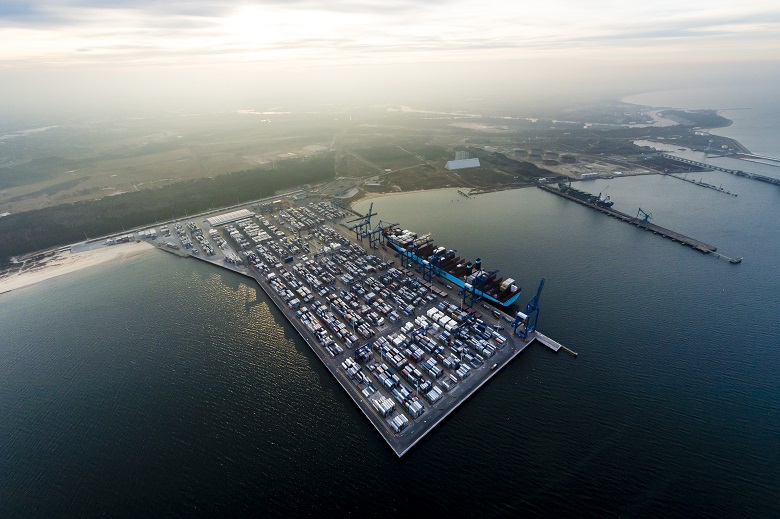 DCT has become the largest container terminal on the Baltic now that its capacity has risen to 3 million TEU (Twenty Foot Equivalent Unit – the standard for containers) per year. While St Petersburg’s multiple ports currently handle more containers (1.71 million to Gdansk’s 1.07 million), this new capacity should see Gdansk become the major player in the region. Gdansk is already the only port in the region which is able to handle the world’s largest container ships and its increased capacity is a signal that it is ready to handle more.

During the opening ceremony. DCT’s CEO Maciek Kwiatkowski spoke positively about the future of the port. ‘We plan that in the next 2-3 years we will approach the maximum handling capabilities of our terminal’ he said.

DCT is increasingly important as a doorway to the world for Poland’s economy. Total quay length is now 1.3km with the depth approximately 17metres. DCT now has 11 Ship-to-Shore gantry cranes (STS) with some reaching heights of 133m.

‘400 people were working on the construction site every day, including about 120 engineers’ Mr. Kwiatkowski told journalists. ‘Construction cost approximately 1.1. million man hours and work has been created for 730 people’ he said. Mr. Kwiatkowski went on to highlight the interesting fact that Poland’s land area had increased in size by 1.8 hectares thanks to the development.

The investment is seen as a huge opportunity for the country according to Paweł Borys, President of the Polish Development Fund. ‘Poland has a real chance to become the hub for all Central and Eastern Europe’ he said. ‘From the perspective of the Polish economy it would be optimal that ships do not just arrive full in Gdansk, but also depart with a full load. Expanding the terminal should contribute to the development of Polish exports’.

The cost of construction of the second terminal was approximately €290 million (including loan financing), the bulk of which came from Australian investor, the Macquarie Group. The group have been investing here for a number of years, having realized the potential of developing the deepwater channel in the Bay of Gdansk and the favorable conditions for rail and road infrastructure development.

Mr. Kwiatkowski spoke positively about the possibilities for the port which continues to perform well in a difficult market, affected in no small part by the Russian crisis. ‘While last year the majority of European ports recorded a slight decline, mainly due to the political attitude of Russia in the international arena, and many sanctions, so far this year already looks very good and it is possible that we could beat our results in 2014 (when Gdansk handled 1.19 TEU, a record).’ 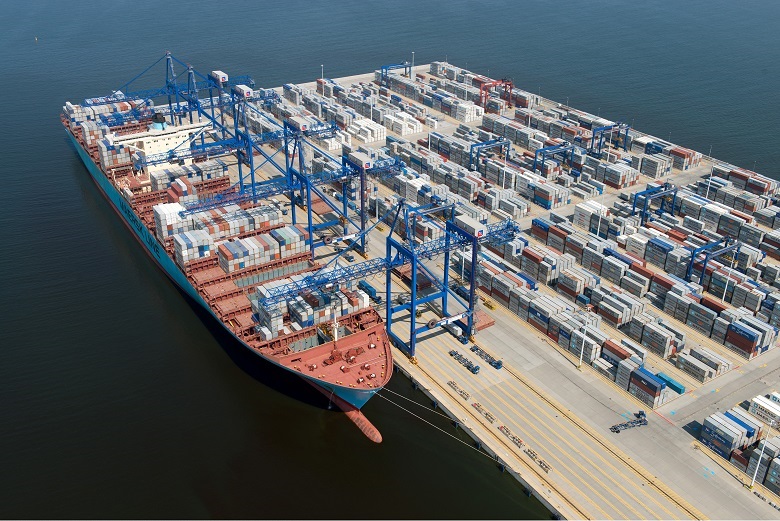 If this were to happen, he said, the port would and investment partners would certainly consider further expansion, which is possible.

This piece was based upon one written by Maciej Dzwonnik and published on the Trojmiasto website on October 24, 2016.