The demand for new office space in the Gdansk-Gdynia-Sopot Metropolitan Area (OMG-G-S) is just one sign that the area is increasingly attractive to investors, particularly those from outside of Poland.

Currently over 132,000m2 of office space is under construction to add to the 84,900m2 which have become available in 52 different office developments already. It is estimated that by the end of 2018, demand for modern office space will reach 800,000m2 much of which is earmarked for companies in the business services sector.

‘A good image of the region and the number of infrastructure investments affect the demand for modern office space……The main driving force behind the development of the market are companies from the business services sector.’ said Anna Podalak of JLL (Jones Lang LaSalle). Meanwhile Karol Patynowski, director of the Tenants Representation Department at JLL highlighted that the signs in the sector are positive. ‘After a very good result in 2014, when tenants signed contracts for 66,500m2, 2015 brought a record amount of leased office space - more than 107,000m2’. 2016 has seen yet more new contracts concluded. 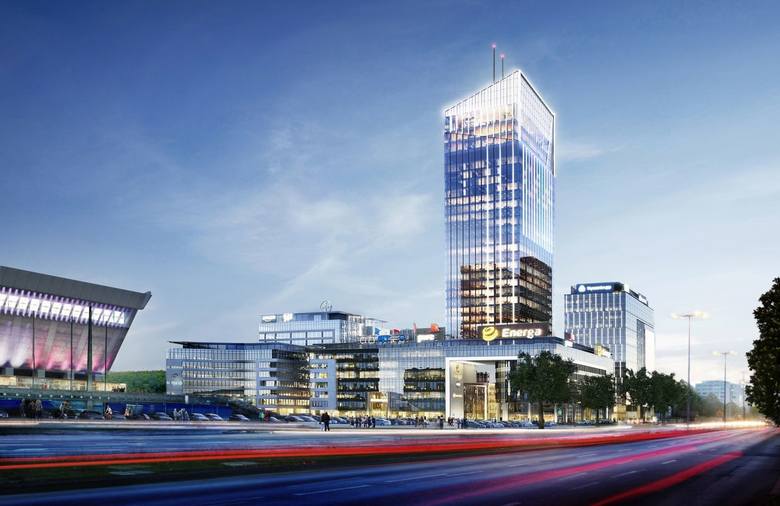 The Olivia Star tower will be the tallest building in the Tri-city when it opens in 2016.

In addition to the availability of modern office space, the OMG-G-S is able to provide staff with a good knowledge of a wide selection of niche languages including Norwegian, Swedish, Finnish and Danish.  The continued rapid development of the region’s infrastructure is just another reason why the image of the OMG-G-S as an attractive destination for foreign investment has improved significantly.

Marcin Faleńczyk from Invest in Pomerania, the government agency tasked with attracting investment to the area highlighted a few of the many attractive options available. ‘The biggest construction is under way at the Olivia Business Centre (Olivia Star will offer 45,700m2) and the Alchemia Phase III (34,000m2)..….The total volume of all contracts was 66,500m2 in 2014 and 107,500m2 in 2015, thanks to new tenants such as State Street (15,000m2 in Alchemia) and ThyssenKrupp (4,900m2 in Olivia Business Centre). In the first half of 2016 of the 52,700m2 completed in the Tri- city the largest single project was the offices of C200 Office (17,600m2).’

With the continued addition of new space, rents are being kept low and currently range between 12,750 and 13,500m2 per month.

This piece was based on an article that appeared on the Dziennik Baltycki website on October 4, 2016.