An 18-year old high school student from Gdynia, hit the headlines in Poland recently when it was reported that an app he has developed has seen his small business valued at over a million zloty.

Mateusz Mach, who attends the Number Three School in Gdynia, developed the app which allows people who use sign language to send messages in sign. It is call the ‘Five App’ and displays hand gestures on-screen. 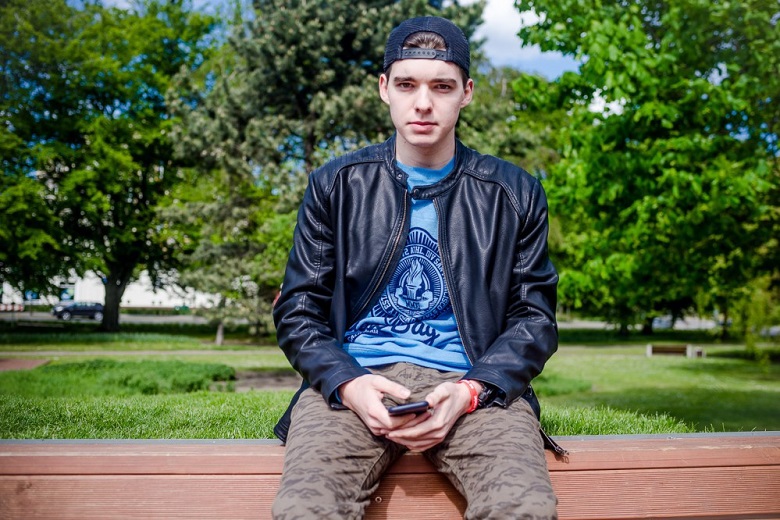 As reported by Trojmiasto.pl back in May 2015, the young man from Lebork demonstrated the value of being flexible and open to adapt and develop ideas with the Five App. Originally Mateusz envisaged an application that would allow hip-hop fans to send each other hand gesture messages and saw the app being used by young people. The name of the app came from the name of the gesture where a hand is shown with all five fingers splayed. While the app didn’t catch on with its intended target, it did catch the attention of a young deaf American who congratulated Mateusz on his innovative app and gave him some comments on how he might develop it so that it could be even more useful for deaf people.

‘Shortly after the release of the application we were contacted by Cindy, a deaf American lady who quite by accident came across our product. She informed us that our application was very useful for deaf people to communicate, as they can easily and quickly send sign language gestures. Additionally, she sent us very valuable comments and suggestions, which have been very helpful in improving the application’ Mateusz told Trojmiasto.pl in May.

The project began to receive more attention particularly in the media, both at home and abroad and attracted the attention of a number of groups, including the Polish Association for the Deaf and others who expressed an interest in funding further development work. Such was the interest that Mateusz found himself creating a company and received investment of over 400,000 zloty from the European Venture Investment Group (EVIG). Trojmiasto.pl report that the small start-up is already valued at over one million zloty.

Mateusz intends to use the investment to speed up the development of the app. ‘With this amount I can fully improve my application. I'm going to hire eight people, and at its peak, up to ten people. The most important thing, however, is we will work with people who regularly work with deaf people, or sign language interpreters. I estimate that the creation of a new version of the application will take approximately five months’.

The new version of the application will be available in two versions. A free version will be equipped with approximately 200 characters and animations, while a paid version will offer approximately 800. Mach is extremely keen to make his application available to the greatest number of people and with that in mind is aiming to keep the cost of the paid version to a minimum.

‘The Five App will be available to users worldwide. I care that the project retains its pro-social character. We will do everything in our power to make the price for the use of the extended version of the application as low as possible. Currently, we anticipate that the cost of buying the extended version will be $3 or $4. This will be possible thanks to the cooperation with many foreign companies, which are bearing a large part of the cost of the project’.

This piece was based on an article which appeared on Trojmiasto.pl on Feb 3, 2016.