The Metropolitan Area can boast residents with a wide range of talents including many you might not have considered.

For example a group of 70 artists are currently working on the first feature-length film created entirely by using hand-painted canvases. The 80-minute film will require a staggering 56,000 paintings and is being produced by the Oscar winning BreakThru Productions. 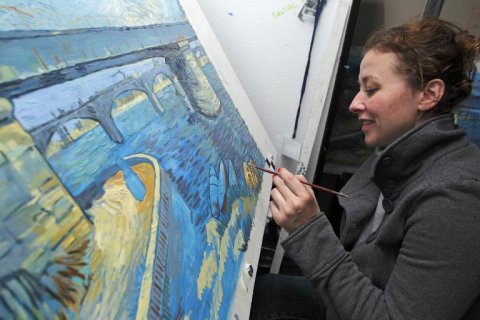 The head of BreakThru, Sean Bobbit, told Maja Czarnecka of the Agence France Presse that an artist can produce 6 paintings in one day, but with 12 needed to produce just 1 second of film, an artist's entire day's work amounted to just half a second of film.

You can see more about it here.