A number of the local governments in the Gdansk Metropolitan Area have been placed extremely highly in the latest rankings of their performance by the Wspolnota magazine, with Gdansk itself actually coming out top of the near 2,500 local governments assessed. 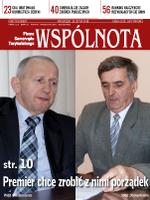 As well as Gdansk’s success, Gdynia and Sopot both ranked in the top ten nationally while Hel, Krynica Morska and Sztum also ranked very highly. The analysis suggests that the economic potential in these areas particularly has increased the most.

“Gdańsk achieved very high scores in almost all the indicators included in the analysis. Gdańsk came out best in the dynamics of change with the number of people working in the service industry and at the same time took a very high position in the number of businesses employing up to 9 employees. It should also be noted that the area has achieved one of the highest positions in the section relating to the increase in the number of companies employing more than 50 employees” said the notes accompanying the survey results.

"Our intention was to identify those who (...) have demonstrated a positive impact on their area. We created a ranking focused on the changes that have taken place between 2010 and 2014 and it did not matter to us whether the municipality was already rich in 2010 only the extent to which it has succeeded in changing during these four years " the survey’s researchers noted.

In the ranking of which cities had most improved their financial position  Gdansk took sixth spot, the highest ranking for any of the country’s major cities.