An application has been made to central government to create a Tri-city (Trojmiasto) Metropolitan Area which would give the three major cities and over fifty surrounding communities increased autonomy from the central budget.

Each year approximately 170 million złoty (approximately €39 million) gets sent to the central budget. This money, which is equivalent to about 5% of the income tax paid by local citizens, could be used by the local government if it were a recognized Metropolitan Area. The Tri-city is not the first conglomeration in Poland to attempt to have itself recognized as a Metropolitan Area as Śląsk (Silesia) has already applied and its application is currently being considered. 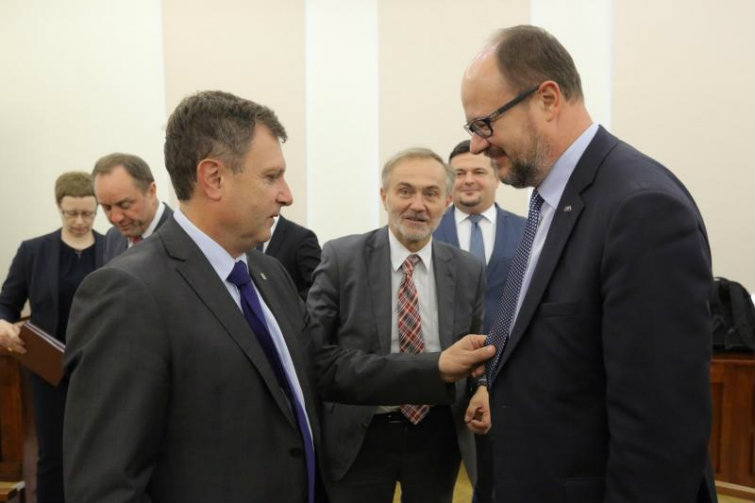 Sopot President, Jacek Karnowski (pictured above with Gdansk President Pawel Adamowicz and president of Gdynia Wojciech Szczurek), visited Warsaw recently to make the official application on behalf of the Metropolitan Area. Mr. Karnowski spoke to Roman Daszczyński in an interview published on the gdansk.pl website.

RD: How was your trip to Warsaw Mr. President ? Will we have a Metropolis in the Tri-city?

JK: We have to wait and see. The first steps were made two weeks ago, when the Gdańsk, Gdynia, Sopot and fifty surrounding communities signed a document certifying their wish to create the metropolis. Now we have made the second step: the official communication of that will to the Polish government. I went to the Ministry of Internal Affairs and Administration, to have a meeting with Deputy Minister Sebastian Chwałka, which oversees the work on the creation of Silesia Metropolis.

RD: What is your assessment of this meeting: positive?

JK: Yes, at this stage my assessment is definitely positive. We have a declaration from the Ministry of Internal Affairs and Administration that they are ready to enter into discussions that would determine the scope and form of the metropolis. First, however, the ministry wants to bring the matter of the Silesian Metropolis, which is a pioneering project, to a conclusion.  We (President Karnowski and Deputy Minister Chwałka), know each other for several months as we were worked together on the Commission of Government and Local Government, which gave its opinion on the draft project of the Silesia Metropolis.  As a member of this committee I watched the stages of preparation for the establishment of Silesia Metropolis. It is thanks to the persistence of Silesian local government that Pomerania has finally organized itself and declared that it too wants to have metropolis status. It must be said that Silesia are much further ahead in this process. Actually, it is starting to resemble a situation where the Silesians have boarded the train, while we're still standing on the platform.

RD: What does now Pomerania need to do so that our metropolis can become a reality?

JK: I think that there is a lot of work ahead and a minimum of two years needed to push the case forward strongly. First you need, after consultation with the Government, public consultations in the municipalities of Pomerania, which want to join the metropolis. We are speaking here about the resignation from some competencies by the communities for the benefit of the metropolis.

JK: First of all, matters relating to the management of public transport. Perhaps also the management of roads, which Silesia were not interested in. Also in joint planning and joint promotion. I intend not to wait for the conclusion of government consultation, and to start sharing information and performing initial consultations in the autumn. I am confident that the people of Pomerania will strongly support this proposal. After all, it's a great opportunity to further improve the quality of life in our region. The creation of the metropolis would in fact mean that about 170 million zloty will stay in Pomerania each year, which would normally go to the central budget. This huge amount is equivalent to 5 percent of the income tax from citizens to which Metropolitan Area members are entitled to.  Silesia is already trying to get that money and we would waste a great opportunity to develop the region if we did not do the same. 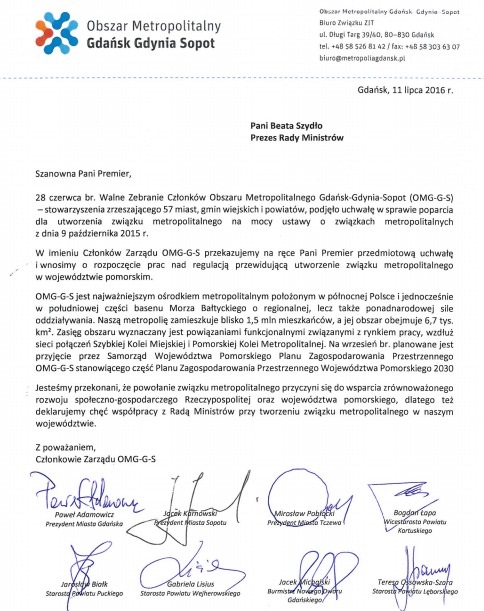