Work on the roadways in the Martwa Wisla tunnels is nearing completion and next week it is expected that the final 13 metres in each tunnel will be concreted. Work has been progressing steadily and more than a kilometre of walls and pavements was completed during September.

The work of equipping the two tunnels, which will connect the Letnica district (close to the PGE Arena) with the Przerobka district on the opposite bank (close to Westerplatte), can now continue in earnest with the fitting of lighting, cameras, air sensors, smoke detectors etc. The finishing stages are also underway on the technical buildings at either end of the tunnel.

Residents were given the chance to walk through one tunnel last autumn and work is now expected to be completed in time to allow a Spring 2016 opening. Once open, traffic will be able to avoid the city centre completely as the tunnels will form part of a new ring around the historic city centre. 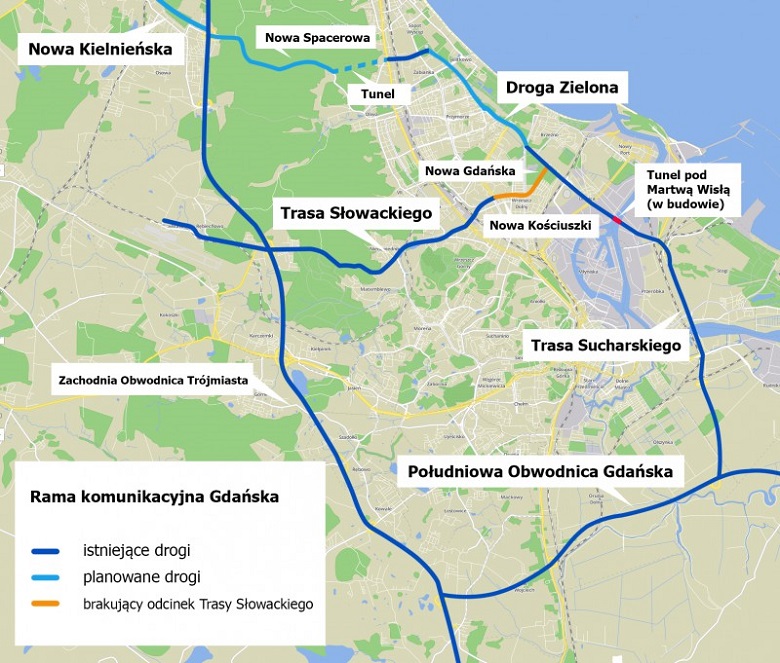