The project is called the Civic Budget and allows residents to first nominate projects and then select from a list of nominated projects. Voting is open from Monday September 12 until Sunday September 25 and for the first time since Sopot initiated the idea in 2011, all participating local governments will hold their polls at the same time.

Some interesting ideas have been put forward by residents and this is a selection on what you can choose from if you are a resident of Gdansk, Gdynia or Sopot.

First of all, Gdansk has 250 different nominated projects for residents to choose from this year. Of these 18 are citywide (rather than district specific) projects and the local government in Gdansk has earmarked 12.5 million PLN to be spent. Of this amount 10 million will go to district specific projects, each of which has a certain amount of money it will receive.

Projects which passed the initial verification stage and can be voted for by residents of Gdansk include school parking; a project to provide tablets to seniors; self-defence courses for women; bike repair centres; cat welfare programs and improvements in public transport to help disabled people. The most popular area though is in relation to the environment and the maintenance of public areas. There are a number of proposals to modernise and repair roads and pavements and one in particular, called ‘Uphagen Park – calling card for Wrzeszcz’ which seeks to revitalise this neglected historic green area for public use. 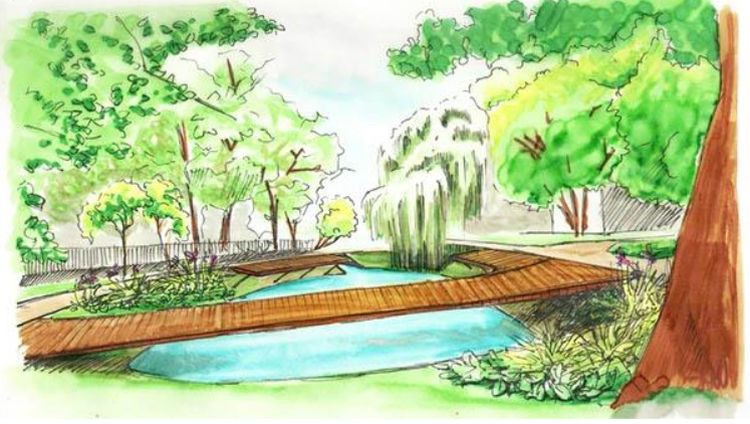 The project proposes creating recreational activities for the whole family including the installation of hammocks, tables, outdoor chess boards and places for children to play, while revitalising the old park and keeping its historic appearance and atmosphere. This project is estimated to cost 340,000 PLN.

That’s not the only project proposing to revitalise a part of old Wrzeszcz. Another project, this time estimated to cost 154,000 PLN, intends to clean up the area around Festival Square in the Jaskowa Dolina part of the city. Land there is currently used for parking but the plans are to bring it back to its pre-war usage when it was a popular spot for local residents to come and relax with lots of greenery and a climbing pole. 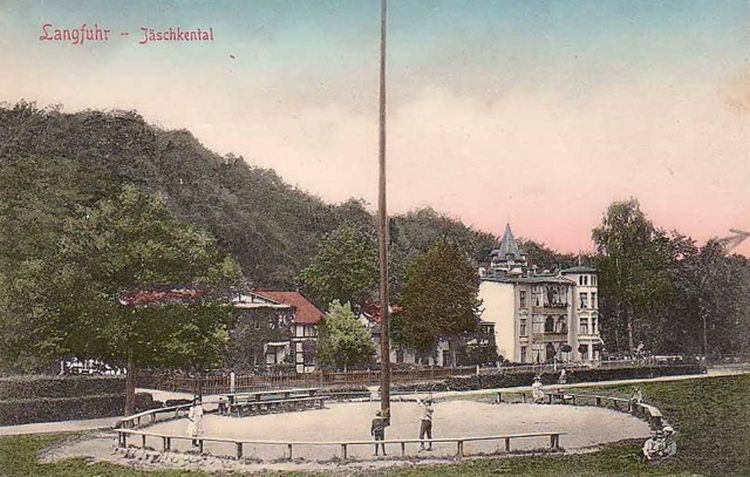 Residents of Gdynia meanwhile have 141 projects to choose from covered by a budget of 5.2 million PLN. Due to an underspend in 2015, residents of Gdynia have 900,000 PLN carried over and according to Gdynia’s Civic Budget co-ordinator, Paweł Brutel, this year the city is likely to spend the full amount available. ‘You can see that people are better prepared to create (the applications) and that’s pleasing’ he said. 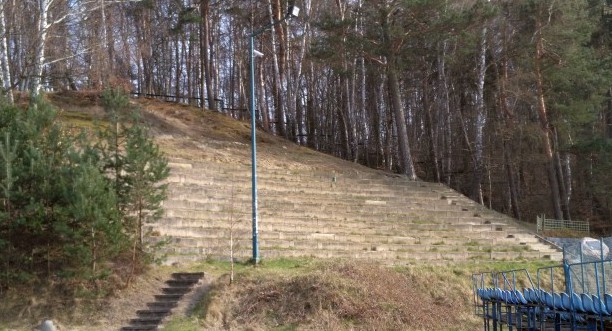 Projects include one to revitalise the benches at the legendary old Arka Gdynia stadium on ul. Ejsmonda.

As in Gdansk, each of the 22 districts has a certain amount of money earmarked for it with the choice in the city centre including an idea to re-organise ul. Abrahama between ul. 10-go Lutego and the Batory Shopping Mall. There’s also another to construct a multifunctional sports pitch and open air training facility. These projects alone would use up the 453,000 PLN available to the residents in this part of the city.

Other interesting proposals from other districts include a plan to build a large, green paddock for dogs at ul. Niemojewskiego and a dog training area under the flyover in Leszczynki; the creation of bicycle paths on the ul. Brzechwy and ul. Nałkowskiej in Karwiny and the construction of a climbing wall in Babie Doły. 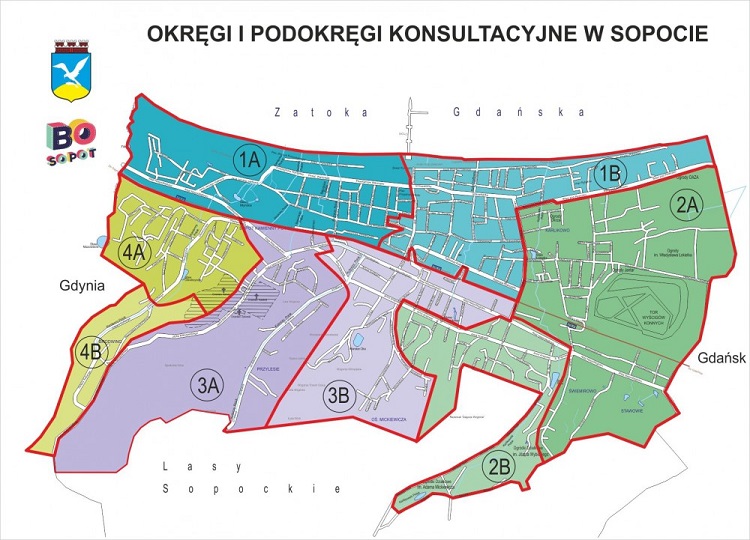 Sopot, a town already well equipped for exercising in public has a number of proposals to improve the situation still further. Among the 96 projects available to Sopot residents are 32 city-wide ones. With Sopot having just 4 districts, it has been decided to sub-divide districts so that all parts of the town see a benefit from their Civic Budget which is estimated to be between 3 and 4 million PLN. As long as a project in one of the sub-divisions achieves at least 20 percent of the vote in that district, the sub-division will get a share of the budget. Work on individual streets rank highly in the wishes of local residents with a number of projects covering pavement repair, staircase repair or the construction or refitting of small open air gyms. Residents have also nominated projects which want to see investment in additional street lighting, rubbish bins and even flower beds.

The most expensive proposals for a town-wide project would see the renovation of ul. Dębowa, a project estimated to cost 1.75 million PLN and the repair of the stairs connecting ul. Jagiełły and ul. Sobieskiego. That one is estimated to cost 1.5 million PLN. Sopot residents would also like to see the continuation of the popular ‘Sopot Town Houses Revitalisation Program’ which sees the local government help local residents with the expensive work of repairing their old buildings. The budget for this is set at 1 million PLN, a similar amount to that estimated for the repair of ul. Chrobrego between ul. Mieszka I to ul. Parkowa. 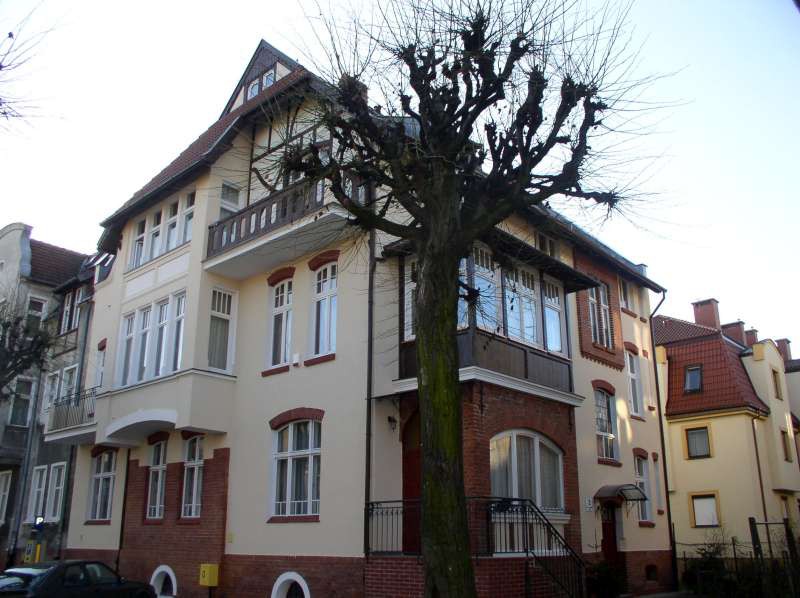 The continued revitalisation of the Sopot Błonie (Meadow) also appears on the list of choices, with new playgrounds, climbing walls and solar-powered lighting in the park. This project is planned to cost around 600,000 PLN.

A number of smaller but no less keenly sought projects are proposed on a town-wide level. A project to install around 300 bicycle stands is estimated to cost 40,000 PLN while the same amount of investment would see the ‘Clean up after your dog’ project get the go-ahead. The money would be spent on dispensers for bags for dog droppings installed around the city. Finally, in an example that now all projects involve construction of something or other, one project, estimated to cost around 100,000 PLN wants to organise dances for the over-50s.

Voting rules
Gdansk - Each citizen has 6 choices - 1 for a city-wide project and 5 for projects in their district (note all 5 votes can be given to the same project). The results be announced on September 27 and work carried out by the end of 2017.
Sopot - The rules of voting are simple: just select one of the five town-wide projects and five projects from your local sub-district.
Gdynia - You can choose up to five from all of the projects available in your district.

How to vote
Gdynia – you can go online at www.bo.gdynia.pl to vote in Gdynia.
Sopot - you can vote in Sopot City Hall, in all libraries and at www.obywatelskisopot.pl
Gdansk - all votes can only be cast online but you can go online by visiting one of the Consultation Points (Punkt Konsultacyjny) which you will find throughout the city. Alternatively visit the Residents' Service team at the Town Hall in Nowe Ogrody.

This piece was based on three pieces published on the Trojmiasto.pl website about Gdansk, Gdynia and Sopot.